The first Denpasar arrivals took place in 1931. It was used for the war in WWII. In those years the runway has also been extended. The following years the terminal has also been expanded. The eventual new airport was opened in 1968 for Bali flight arrivals. Since the last decades international flights have grown considerably to 24 million passengers in 2019. Of course, due to the corona virus, there were far fewer Denpasar flight arrivals in 2020. 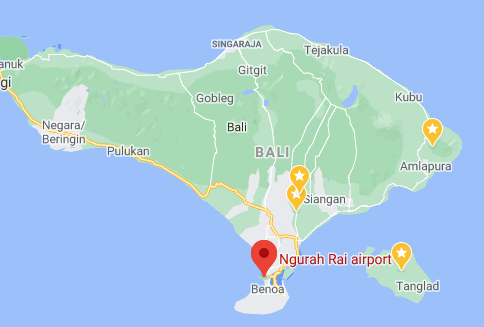 Terminal and passenger statistics of the airport

Denpasar Airport, Bali Ngurah Rai, has two terminals, a large international terminal and a small terminal for domestic Ngurah Rai arrivals. Bali as a holiday destination has become hugely popular over the past 10 years. This can also be seen in the Bali Airport arrivals. Ten years ago less than 10 million people flew to and from Bali Denpasar. That is now more than 24 million (24,169,561) in 2019. Garuda Indonesia and AirAsia provide many DPS arrivals to this island, which sees tourism as its largest source of income.