In terms of population within the city limits, Budapest is the capital of Hungary, the most populous city, and the tenth-largest city in the European Union. The city has an estimated 1,752,286 people and occupies a surface area of about 525 km2. The airport serves Budapest arrivals for the area of Budapest with 3,303,786 people, representing 33% of the Hungarian population.

There are four primary areas of the airport passenger buildings for BUD Hu arrivals:

Terminal 1 has been serving low-cost carriers since 1 September 2005. The Schengen and the non-Solidar gates are divided in Terminal 1 for Liszt Ferenc airport arrivals.

Within Budapest premises, the city center has faster public transport times than Terminal 2, approximately 3 km away.

Sky Court is the most advanced five-story building located between Terminal 2A and Terminal 2B. After BUD airport arrivals you transfer to that area. The passenger control system and the new baggage sorter moved here. Transition rooms in the new building, other shops, restaurants, and cafes have been built. 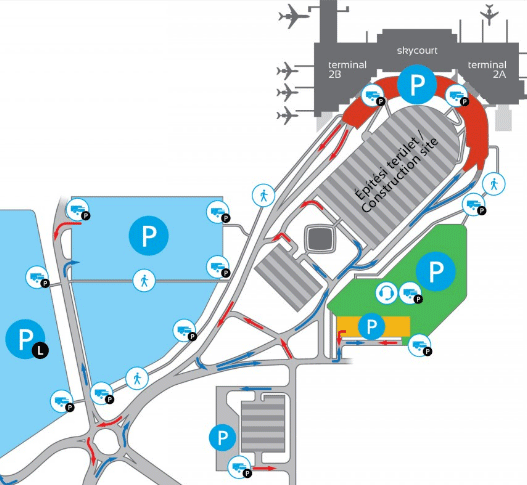 Luggage: The airport has lost and found offices are available. In the basement of the airport, you can also use overhead lockers and pay cash.

Public Transports: While Budapest is a city you can see on foot, with its two tram and four metro lines, you can quickly reach its prime areas if you do not want to walk or in a rush.

Shuttle: Mini-BUD is available in all directions in Budapest, and there is a counter in the Budapest airport arrivals hall.

Taxi: Taxi hires: A taxi that departs from the taxi stand at the BUD arrivals point of the prime operator Fotoxi. Depending on the transportation conditions, they are required.

Bus: Bus connection: Local Express 200E runs in advance between the subway station, Kobanja-Kispest terminal, and the airport terminal. Passengers can also be asked to board the Deakter, which is the meeting point of all three subway lines. The price is 350 HUF. The 100E bus is faster, and the price is 900 HUF.