Check out the Bremen airport arrivals

Bremen Airport is located south of Bremen. It is located just a few kilometers from the city of Bremen. Because of this, it only takes 10-15 minutes by car to get there. The same applies to public transport like the tram or bus. By taxi to the center costs about 18 euros. It is an airport that is also widely used by the Dutch because of its location. Despite the fact that Hamburg and Hanover also have their own airports in the area, it is an option to fly from Bremen. There may be some other flight routes available. Once you have Bremen arrivals at the airport, there are several parking options. 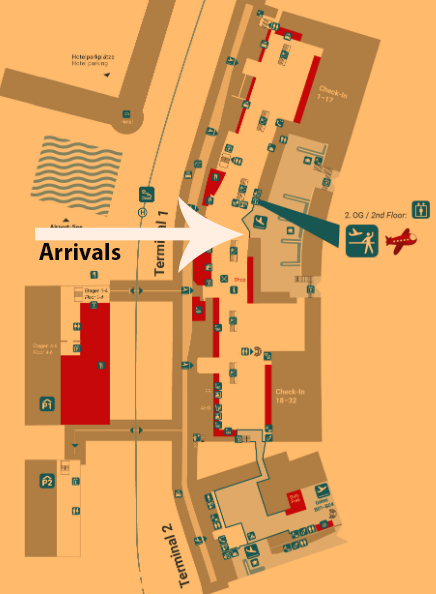 At the airport there are 2 runways, 1 short and 1 longer one of 8,600 feet for most regular aircraft. Last year, 2,308,338 passengers used the airport. This was accompanied by about 35,000 Bremen Airport arrivals.

Most flights arrivals are operated by the airline Lufthansa from Stuttgart, Frankfurt and Munich. Other airlines on display are the following:

Besides the popular German destinations there are Bremen arrivals from:

The story started in the year 1909 when Bremer Association for Airship Travel was founded. Together with the company Norddeutscher Lloyd they were commissioned to develop an airport. Initially a temporary location other than what it is today, the first hangar at Neuenlander was opened in 1914. It even took until 1920 before the official opening of Bremen Airport took place. The first real scheduled flight was operated by the Dutch airline KLM. After that, more and more carriers came to the airport and there were also expansions quickly.

Many flights stopped in the 1930’s, partly due to Luft Hansa. Nevertheless, a new terminal was added later, making it a modern airport for the time. In fact, all passenger flights stopped because of the war. Most facilities were destroyed during the war. After this was over, the repair work started. The runway was also extended. One of the airlines that started up routes was SAS with flights to Dusseldorf and Frankfurt.

Lufthansa also included Bremen in its network, so many flights were added. There was also a pilot school. In the 1960’s, a revolution of technology took place. Jet planes arrived and it was getting busier at the airport. The runway had to be extended again and a departure hall was built. There were already 700,000 passengers in 1979.

The 80’s also brought innovations. A friends association was established, wider and larger runway for the large Airbus planes and a new plan called ‘Flughafen 2000’. This program included a new terminal, a freight center and again a new departure terminal. The changes resulted in a significant increase in passenger numbers. It grew to nearly 2.5 million passengers in 2008.