Nice Airport is the main airport on the French Riviera. After Paris Charles de Gaulle and Paris Orly, it is the third busiest airport in terms of passengers. The Nice airport welcomed more than 14 million passengers in 2019, a substantial improvement over previous year. Unfortunately, there will be a significant decrease in Nice Côte d’Azur Airport departures due to corona in 2020. The airport is by far the largest of the airports on the French Riviera, and it is the one that handles nearly all of the tourists who visit the area. On the Cote d’Azur, the Nice flight departures are significant for both tourism and industry.

Nice Airport has two parallel runways which occupy 3.70 km2 with 2.70 km2. Also, has a freight terminal and two passenger terminals (terminal 1 and terminal 2) are available for Côte d’Azur departures. The airport provides a variety of options for getting to your final destination on the Riviera, including a helicopter, plane, bus de l’aeroport, train, and taxi. 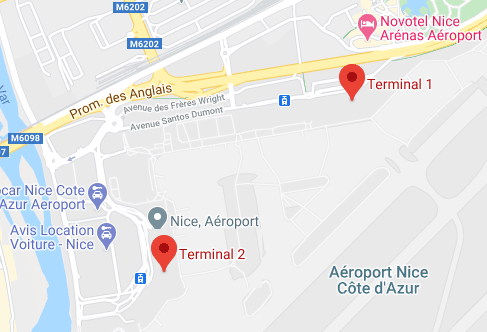 According to statistics, the number of passengers flying out of Nice Airport has increased steadily since 1950, with the most significant increases in NCE departures occurring between 2017 and 2018. Just before the pandemic the airport processed 14,485,423 passengers which was a record. The year after in 2020 it was just under 5 million.

Following government announcements, all VIP lounges have been closed due to Covid conditions, except the Infinity Lounge, which is still open. The airport authority has been notified that they will reopen as soon as the health situation permits.

Also many European cities fly to this coastal area. Especially Amsterdam, Frankfurt, and Londong Heathrow offer year round many flights. Quite some destinations in Europe offer less or just seasonal flights like the following places: