Tallinn Airport (IATA: TLL) is also known as Lennart Meri Tallinn Airport and is the largest in Estonia. It serves domestic and international Tallinn arrivals and is located in Tallinn, the country’s capital, and Harju county.

Tallinn Airport serves as a base for the national airline Nordica who offer most Tallinn flight arrivals. Construction of the airport building began in 1932 and was inaugurated in September 1936. In 1970 a new terminal was built, and the runway was lengthened to increase the Tallinn Lennart Meri Airport arrivals; in 1999, renovations were made to modernize the airport.

Since March 2009, this airport is known as Lennart Meri Tallinn Airport in honor of the independence movement leader and former president of Estonia.

Tallinn Airport is located 5.0 km (3.1 miles) southeast of the center of Tallinn. 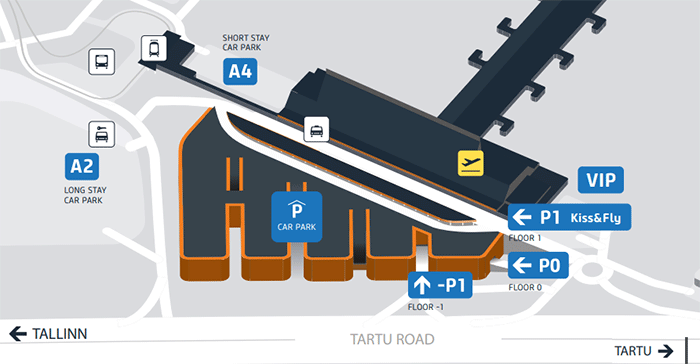 After you experience Tallinn Lennart Meri flight arrivals you can use the transportation methods bus, train, tram, taxi, and car rental. The approximate travel time from the airport to Tallinn city is 6 minutes. There is a fast bus that takes 4 minutes.

You can take tram line 4 for Tallinn airport arrivals, and it is the best connection between the airport and the center of Tallinn. They have an interval of 6 minutes, and the trip can last between 18 and 19 minutes. The tram runs through the 150-meter-long Ülemiste tunnel; the tram is free like all public transport for city residents.

TLL arrivals by train: The closest train station to the airport is Ülemiste Train Station and is 800 meters away. Gives you access to nearby Elron lines and regional rail lines.

Tallinn arrivals by taxi: You can take a taxi, and it is the most comfortable way to travel to and from Tallinn Airport. You can also rent a car from the major car providers.

Tallinn Airport or Lennart Meri Tallinn Airport has only one tarmac runway for Tallinn flight arrivals, which is 08/26. It is 3,840 meters long and 45 meters wide. It is a long enough runway to handle wide-body aircraft such as the Boeing 747.

It also has tourism agencies, ten check-in counters, an information desk, bathrooms, and other services. It has two bus stops, one in the departure area and the other in the TLL airport arrivals area.

The terminal was expanded in 3 directions to accommodate 18 new doors, lounges for Schengen and non-Schengen passengers. The terminal is T-shaped and received an award from the Estonian Concrete Association called “Concrete Building of the Year 2008”.

Among the airlines that operate more frequently from Tallinn airport are:

Among the most frequent TLL arrivals at the airport: