The Cibao International Airport serves the town of Santiago de los Caballeros in the Dominican Republic. It is one of the most important air terminals in the country for the number of passengers. It operates domestic and international Cibao departures to the Caribbean and the United States.

There are daily flights to Puerto Rico with Silver Airways with a morning flight from San Juan and in the afternoon back to Santiago de los Caballeros. There are also 5 flights to Aguadilla on the island. However, these only transport cargo. Another nearby Caribbean destination is Turks and Caicos Islands. There are almost daily flights to Providenciales Airport with the Caicos Express or National Air Charters airlines.

For the rest, there are only flights to the US. An important flight path is to the south of the state of Florida. The carrier Spirit Airlines operates daily flights to and from Fort Lauderdale Hollywood airport. There are also Cibao departures to Miami. On average 2 flights a day go to the Dominican Republic with American Airlines. Amerijet also has one weekly flight on this route.

However, most Cibao airport departures go to New York. JetBlue Airways and Delta Air Lines have a dozen daily flights from JFK to Cibao. JetBlue also has a connection with the island to Newark Airport as does United Airlines. Other destinations in the northeast of the US are Boston Logan and Philadelphia.

The Cibao International Airport is also known as Santiago Airport and was inaugurated in March 2002 with the first commercial Cibao flight departures. It is a modern airport located in the Cibao region, one of the most prosperous regions of the Dominican Republic. 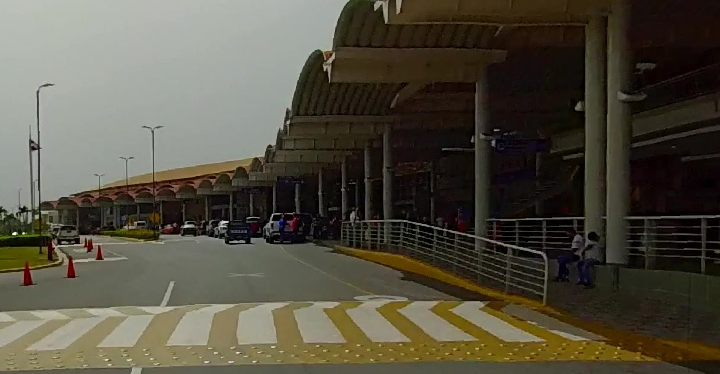 The Cibao airport has become the third busiest airport in the country, after Santo Domingo and Punta Cana.

The Cibao International Airport is 15 km (9.3 miles) southeast of downtown Santiago. It is in the Licey al Medio municipality in the province of Santiago, Dominican Republic.

You can have Santiago de los Caballeros departures through the taxi service. The vehicles are available for one or more than seven people and are from the Taxi AIC company. They are available outside the international terminal. The approximate travel time is 30 minutes, and the rates are fixed depending on the number of passengers and the destination.

At the Cibao airport, you can also have Cibao Airport departures by car. Rent a car to get around the city with greater freedom. You should look for the car rental desks in the Arrivals Hall of the main terminal. Available companies are Avis, Alamo / National, Budget, Europcar, Dollar, Honda, and more.

The Cibao International Airport has a single runway 11/19 and is 2,620 meters long to have all STI departures. It is one of the most modern runways in the Dominican Republic and has an Instrument Landing System or ILS for both runway directions.

It can support any aircraft, but there is a proposal to expand it and allow larger aircraft such as Airbus A380 and Boeing 747 to land for long-range flights.

The check-in, boarding, and loading luggage processes are more efficient and faster than its state-of-the-art infrastructure. It has all the services and facilities to be a comfortable and modern airport for passengers, such as duty-free shops, food outlets, cafeteria, public bathrooms, air conditioning, fire station, and car rental offices.

It also has a cargo area, warehouse, parking for 1,285 vehicles, VIP Lounge, check-in counters for the Cibao Santiago airport departures, Ambassadors Lounge, and much more.

The following airlines frequently operate at the Cibao International Airport: