There is 1 terminal at the airport that opened in 2009 not so long ago. At ground level, the Larnaca airport departures hall is for your baggage claim en customs. At level 1 are the Larnaka airport departures starting with check-in area. Via security you will eventually arrive at the boarding area to fly out to your destination. 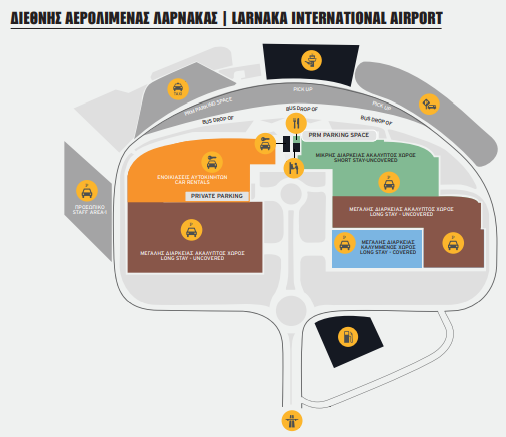 2020 brought a different amount of passengers. There were far fewer Larnaca Airport departures due to the corona and it was therefore stuck at 1,679,816 passengers in 2020.