San José Juan Santamaría Airport is located northwest of the city of San José. It is the country’s largest and busiest airport. With many international SJO arrivals, there are domestic flights to various tourist locations elsewhere in the country. To get to the capital by car or taxi, you have to take half an hour to the center. The airport is accessible via Route 1 at Alajuela. That will cost about USD 25. There are also San Jose arrivals by bus every 10 minutes during working hours. You can also travel by taxi which is also payable in US dollars.

The first SJO airport arrivals were on May 2, 1958 when the airport was still called “Aeropuerto Internacional el Coco”.

There are many local people using domestic flights. The country is quite large. Many international tourists also come to Costa Rica for vacation. The city itself is not as interesting as the rest of the country. That is why tourists will often use domestic flights.

Juan Santamaría Airport is an important airport for international traffic. Many flights from the US and Europe but also from the region fly to the capital of Costa Rica. This is often the point to start the holiday in search of culture and nature with beautiful beaches and jungle.

All Juan Santamaría arrivals are on the 9,900-foot runway to get to one of the 20 gates. Most are in line with Upper Level and some with Lower Level. For the baggage reclaim area you will have to be on Lower Level. Via the ‘Migración’ you can go to the baggage belts. and continue your journey. 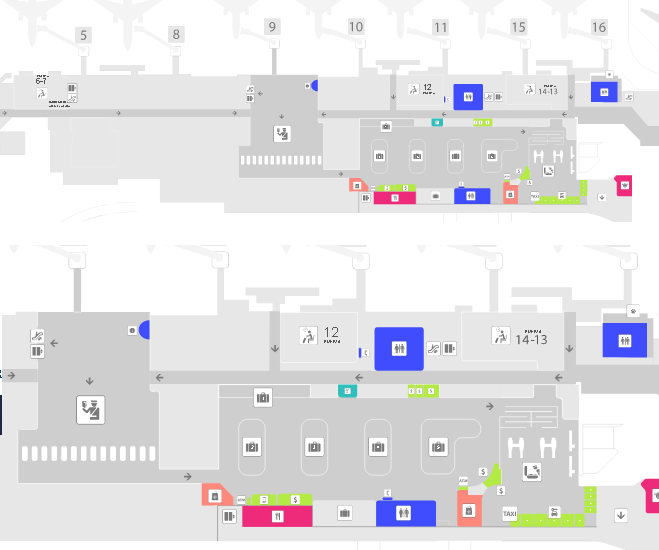 There were 5,541,577 SJO airport arrivals last year. All these people were transported in 85 thousand flights. Most of the Juan Santamaría Arrivals came from Panama City. This route is flown a lot by Copa, Avianca and Air Panama. Other destinations in Central / Latin America are also popular. Mexico City, San Salvador, Guatamala and Bogota are in the top 10 busiest routes. Costa Rica is very popular with the people of the USA. It is a popular vacation destination with many SJO flight arrivals from:

Despite the long flight to Europe, it is still popular. There are often companies with San Jose Costa Rica airport arrivals such as: