Winnipeg James Armstrong Richardson International Airport is the only commercial international airport in Manitoba. This is because other airports of entry are designed to serve general aviation and the domestic Winnipeg flight arrivals.

The Winnipeg Airport Authority operates this airport as part of the National Airports System of the Transport Canada. This airport is one among Canadian airports with the U.S. Border pre-clearance facilities. This airport is the primary airport for the maximum area especially parts of neighboring territories and provinces like Nunavut and Saskatchewan. Non-stop James Richardson airport arrivals are operated from this airport daily to destinations across the Mexico, United States, and Canada.

Car rental agencies like avis, Payless, Budget, National, and Alamo are accessible at the main level on the level 4 of this airport after your Winnipeg flights arrivals. Many hotels offer free airport shuttle services as the maximum convenience for their guests. Some of these hotels are the Canad Inns Polo Park, Courtyard Winnipeg Airport, Comfort Inn Airport, and Holiday Inn Winnipeg – Airport West. You can also use the Metered Unicity taxis available near Exit 3 in this airport terminal.

The Winnipeg Airport has the two runways for Winnipeg airport arrivals. They are named 13/31 runway with 8,841ft length and 18/36 runway with 11,000 ft length. These two runways are available with asphalt surfaces.

The Winnipeg Airport has a main terminal and perimeter terminal for Winnipeg Richardson arrivals. An Argentine architect Cesar Pelli and Stantec designed the main airport terminal. This airport was the first LEED-certified for its design, construction, operation with the environmental-friendly nature. 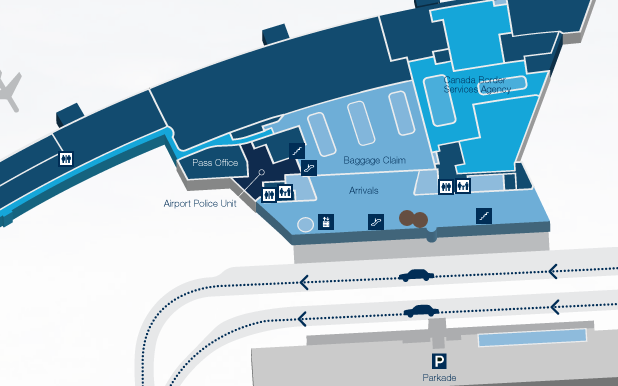 Perimeter Aviation is a renowned regional airline operating its own as well as exclusive terminal building at this airport for facilitating its passengers, charter, and cargo services. It does not use the main terminal building as varied operations.