Toronto Pearson International Airport (YYZ) is located west of the city of Toronto just half an hour by car, taxi or public transport to the center. It is the busiest airport in Canada, close to Niagara Falls and the big city of Toronto.

There are two large terminals for Toronto Pearson departures with a free connection if you want to go to the other terminal quickly and easily. It is the hub for the airline Air Canada. They will have the most YYZ airport departures to destinations all over the world, but also domestic flights. For Terminal 1, the check-in counters are on floor 3 and the Pearson flight departures gates on floor 2. For terminal 3, both are on floor 2. Toronto departures go from one of five runways that are between 9,000 and 11,200 feet in length. 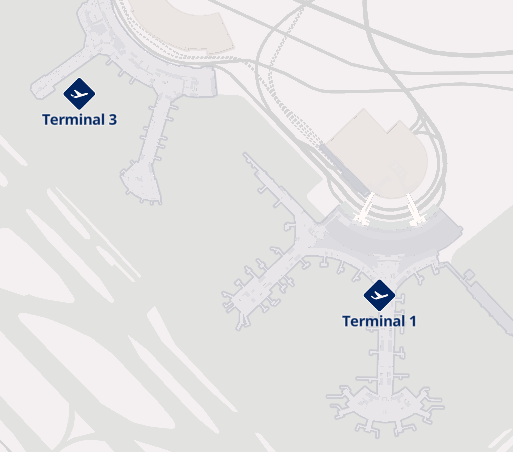 Every year there are many flight movements that have to transport the millions of passengers. There are 455 thousand Toronto Pearson departures. Mainly a lot of Air Canada to transport the 50.5 million people. Air Transit, Sunwing and WestJet are also frequently visited airlines who offer many Toronto Pearson airport departures. Many flights are domestic or to the U.S. but Europe is also an important market for Toronto. From the U.S., American Airlines, American Eagle, Delta Air Lines and United Airlines fly a lot to Toronto Pearson Airport.