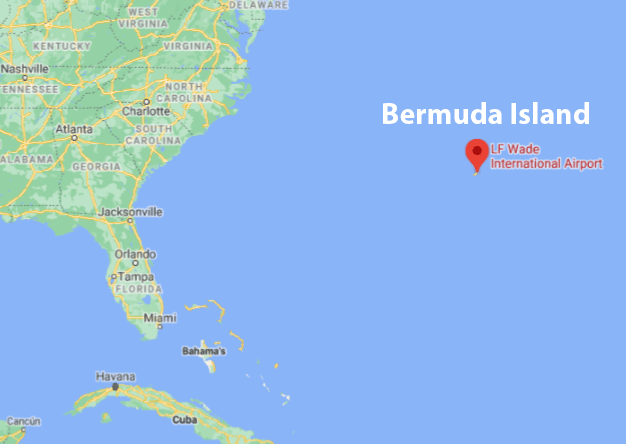 The Bermuda Airport (L.F. Wade International) is located on the island of Bermuda in the Atlantic Ocean. It is a British territory and is a popular holiday destination for people from the UK and US. The airport is located in the northeast of the capital Hamilton. Traveling to and from the airport is mainly done by taxi (minibus). Usually it can accommodate up to 6 passengers. The meter starts at $ 5-6 and costs $ 3-3.50 per mile. Luggage is another dollar per piece.

All Bermuda departures and Bermuda flight arrivals have been handled in a terminal since 2020. The cargo is mainly transported by Cargojet to the US destinations Newark and JFK in New York in a different terminal.

Passenger flights have Bermuda Airport departures to London (Gatwick and Heathrow) as the only European direct connection with British Airways. The Bermuda Arrivals from Canada come from Toronto-Pearson with WestJet and Air Canada. Most routes are to the US. American Airlines has Bermuda arrivals from Miami, New York-JFK, Philadelphia and New York-La Guardia (United Airlines also flies seasonal to Newark). The Airline JetBlue has Bermuda flight departures to Boston Logan and New York JFK to the island. The last airline Delta Air Lines flies to its home base Atlanta, but also have L.F. Wade International Airport arrivals from Boston and New York JFK. 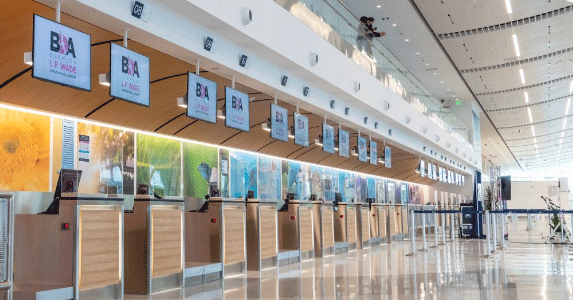