Vienna is served by the Vienna International Airport, located 11 miles southeast of the city center, next to the city of Schwartz. The airport handled about 31.7 million passengers in 2019 but saw a big decline of Vienna arrivals in 2020. Following lengthy negotiations with the surrounding communities, Vienna International Airport will be expanded to increase its capacity by planning a third runway to increase its Vienna flight arrivals. The airport is undergoing a major expansion, with the new terminal building opening in 2023.

The airport is the main hub for Austrian Airlines and therefor they have the most Vienna airport arrivals from many different destinations.

The busiest routes are not to the UK but to Germany with Frankfurt and Berlin-Tegel Airport. Other frequent VIE arrivals are coming from Paris-CDG, Amsterdam-Schiphol, Zurich, London-Heathrow, Dusseldorf, Hamburg, Barcelona and Bucharest. When seeing intercontinental routes then most Vienna arrivals are from Tel Aviv. Other long-haul flights are to Dubai, Bangkok, Taipei, Istanbul, Antalya, Doha, Chicago, Toronto, Beijing, Shanghai, Newark, JFK, Washington, Los Angeles and many more.

When departing from Vienna International Airport, you have the choice of taking a taxi, train, or bus. Hiring a taxi takes only 20 minutes with a cost of 36 Euro. When it comes to traveling by Train, can travel either via city Airport Train or the Public Train, whereas the ticket of the City Airport Train 12 Euro, it takes 16 minutes to get into the center of the city, and the public train cost 3.09 Euro and takes 25 minutes. The most convenient way will be hiring a taxi by booking your taxi priorly,

Terminal 3 is currently being used by all airlines for check-in and baggage reclaim, and all passengers must wear protective masks throughout the terminal. Travelers can take a Covid 19 test right at the airport if they wish. Travelers returning to Austria from high-risk areas are subject to special entry requirements. Several countries have placed severe entry requirements for Austrian passengers, and in some cases, airports have been closed to international flights. 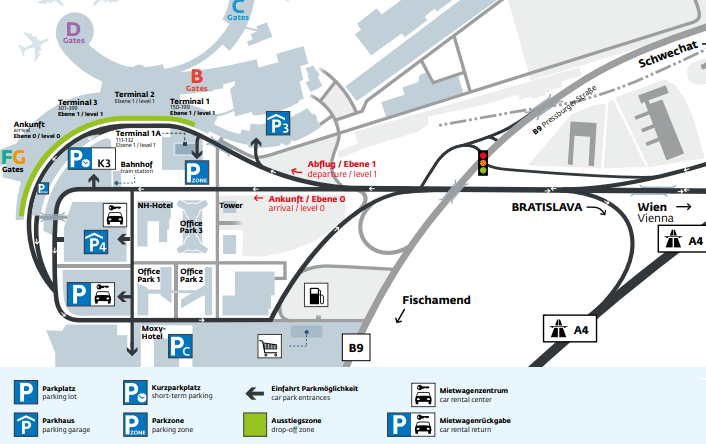 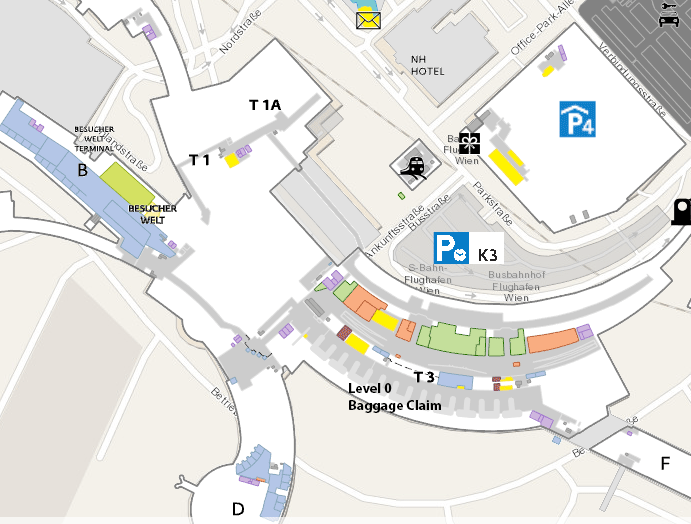