Sydney Kingsford Smith Airport (IATA abbreviation: SYD) is the main airport of Australia. With 44.428.845 passengers in 2019, Sydney Airport is just one of the 30 busiest airports in the world. There were in total 327,190 Sydney Airport departures that year. Due the pandemic they felt back to just 11.226.525 passengers in 2020. At the end of 2020 the numbers were climbing again. That is mainly because of the domestic Sydney flight departures. The international flights are mostly on hold. The airport is home to Qantas and the gateway to the largest city Down Under. There are a few terminals for domestic flights. Terminal 3 will be in use for all Qantas flights while all other domestic flights are  in Terminal 2. Terminal 1 is in use as an international terminal. There are also even 7 cargo terminals. There are 3 runways to serve all Sydney airport departures with the longest being nearly 4 thousand metres.

The history of flights at Sydney goes back more than 100 years. Planes departed from the swampy area around Mascot, where the current airport is now located. Some other locations around the city were also used for departures such as Neutral Bay. An aircraft building company on the land was started by Nigel Love, renting an 80 acre piece of land from the Kensington Race Club. The first Sydney departures were made in 1919 at this new airport. After the lease ended, it was taken over by the government. The aim was to create a public airport there. A few years later, the first flights were a fact. It was not until the 1930’s that the first clay courts were built, which were improved and extended several times. It was named Sydney Kingsford Smith Airport in the year 1936 in honor of Sir Charles Kingsford Smith. In the 1950’s the runways were changed from gravel to asphalt.

Due to the growth with international flights, it became clear that a terminal had to be built for international air traffic. With the start of construction in 1966, the terminal was officially opened for international Sydney departures in 1970. It took another 20 years before it was expanded, but in the meantime many renovations were already done. The new expansion added more shops and duty-free facilities. There was another problem. There were only two runways and they also crossed. As a result, capacity remained relatively low. There were plans to build a new airport but they were shelved after the decision to build a third runway. There are continuous improvements and expansions, such as parking garages and baggage systems in the terminals. 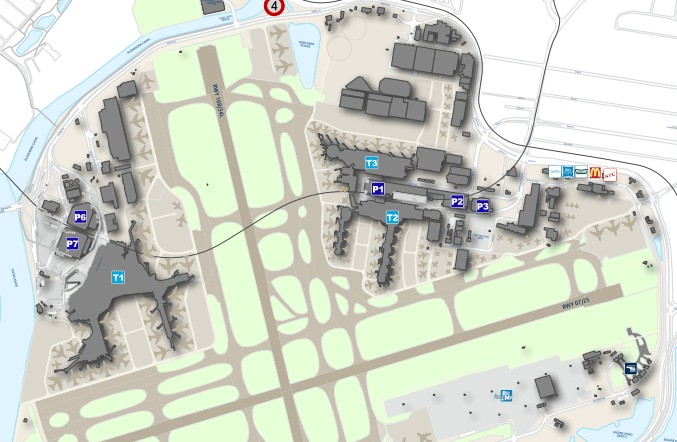 This Sydney airport has 3 terminals. Terminal 1 is the international terminal for Sydney departures, Terminal 2 offers space to regional airlines and Terminal 3 mainly to the domestic flights of Qantas. The international Terminal 1 is on the other side of the runway than the other terminals. Due to a transfer with the free Air Side Shuttle, a minimum transfer time of more than one hour must be taken into account. It is possible to go on bus T1, for example, but it costs AUD 5.50. If you have the time, you can even walk outside to the other terminals. This takes an hour and a half, and offers a nice view of Sydney airport flight departures.

Most popular routes from Sydney Airport

There are two major destinations with the most SYD departures. Those are Auckland, New Zealand and Singapore. Together those destinations are good for more than 3 million passengers a year. Sydney Airport uses three runways for all these Sydney airport departures. To complete the international destinations list: 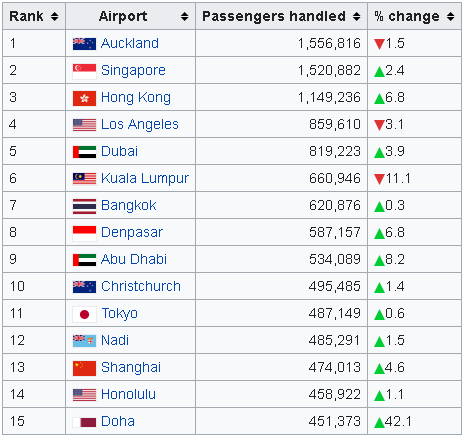 There are every ten minutes Sydney Airport departures with an Air Link train that leaves from Sydney Airport Terminal 1 to Terminal 2/3 and on to the center of Sydney. The price is 15 to 16 AUD, depending on where you board, and the journey takes about 15 minutes.

Sydney Kingsford Smith departures by local bus 400 towards Bondi Junction is the cheapest option. The bus leaves from Terminal 1 and Terminal 3. It costs slightly more than 3 AUD. There is not much room for luggage though.