Sydney Kingsford Smith airport is the largest airport in Australia. The airport serve around 44 million passengers annually for the last couple years. Since the 80’ties it keeps increasing the Sydney Airport arrivals. That unfortunately changed due corona pandemic. Numbers went down to 11 million and with 75% less Sydney flight arrivals.

The Kingsford Smith International Airport is one of the oldest airports in the world. Sydney Airport is located 7 miles south of the city.

You are there in 20 minutes by car or taxi. It is also easy to reach by public transport. There is a train at terminal 1 and a station close to terminal 2/3. You are around 11 minutes from the city center. There is also an option to go to the airport by bus, but that takes a lot longer (90 min). By taxi, the 20-25 min ride will cost approximately AUD 55. So you can imagine that it can be busy with all those transport Kingsford Smith airport arrivals when there are many flights around noon.

Directions to the terminals of Sydney Airport 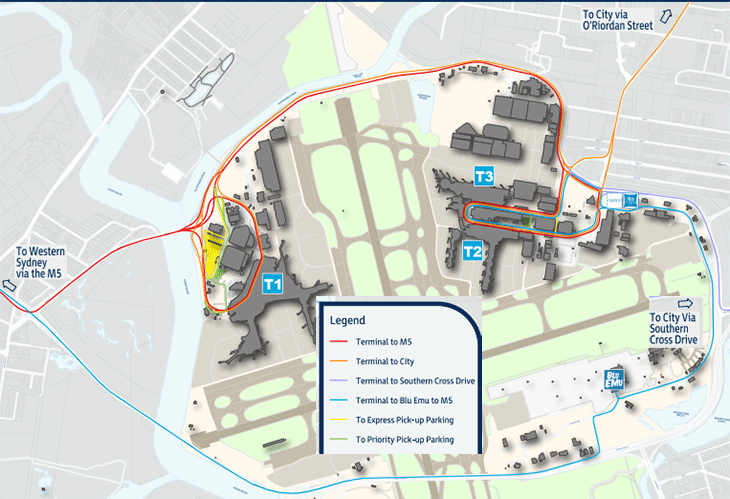 The airport has three terminals. Terminal 1 (T1) is the international terminal. The international SYD arrivals and pretty quiet compared to the times before the pandemic. Many travelers arrived at the airport for the following flights: American Airlines, Delta Air Lines and United Airlines to Los Angeles, Cathay Pacific to Hong Kong, Singapore Airlines, Scoot and British Airways to Changi Singapore, Emirates to Dubai, Malaysia Airlines and Malindo Air to Kuala Lumpur, Garuda Indonesia to Denpasar Bali. 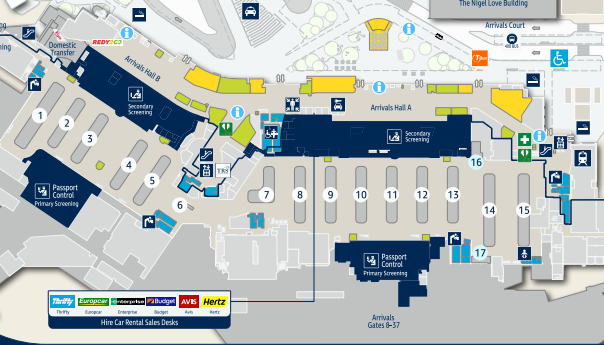 Airlines available at terminal 2 and 3

There  are two domestic terminals. Terminal T2 will mainly be used for Sydney airport flights with the airlines Jetstar, Virgin Australia, Regional Express and TigerAir. Another domestic terminal is Terminal T3. This is in use by the biggest national airline Qantas for all domestic/regional flights. A bus runs between the terminals 1 and 2. The Airport Link runs between the terminals in two minutes. A single ticket on this train costs 5 AUD. Terminals 2 and 3 are within walking distance of each other.

Most Sydney airport flight arrivals fly from Melbourne Airport. Almost 10 million people arrive of depart to this city in the south of Australia followed by the airports Brisbane and Gold Coast Airport OOL on the east coast. These numbers declined because of corona too although they will slowly increase again at the end of 2020 and 2021 compared to the international flights. 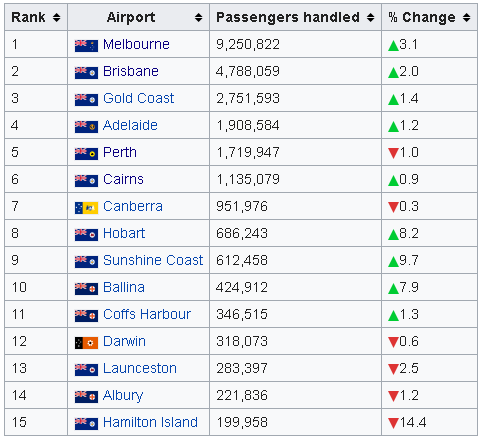 The most important routes outside Australia are to Auckland, Singapore and Hong Kong Airport. There are more than 4 million Sydney Airport arrivals from these international destinations every year. Of course, 2020, and for sure in 2021 there will be an exception. Otherwise, international flight routes are Bangkok-Suvarnabhumi, Abu Dhabi, Doha, Tokyo, Christchurch, Shanghai-Pudong, Honolulu, Nadi, Houston-George Bush, San Francisco, Manila, Bali-Denpasar, Seoul, London-Heathrow, Toronto-Pearson, Beijing and Delhi start again.

If you go to Sydney Airport by car, you can park your car in various places. If you have an international flight, you will have to drive to parking lot 7 (P7). Right behind this is the international terminal of Sydney Airport. The price depends on how long you want to park there. For example, if you park for 4 weeks, it will cost about 10 AUD per day. If you are on P7 for a few days, this can rise to AUD 35 per day. The distance to the terminal is approximately a maximum of 5 minutes walk to the Sydney arrivals hall. 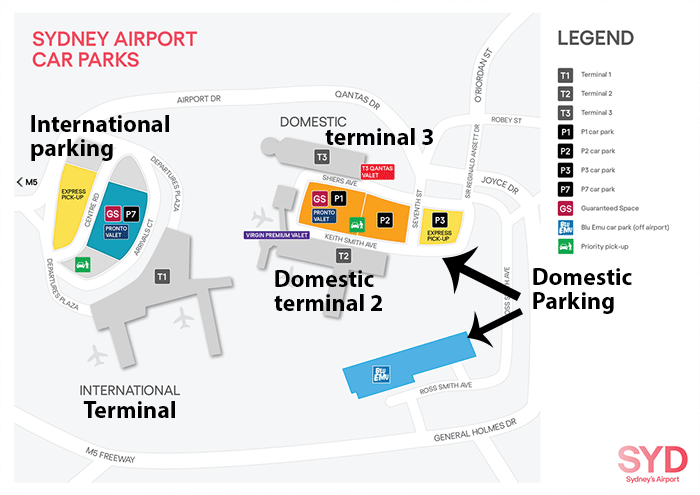 If you have a domestic Sydney Airport flight, it is best to park at the domestic parking lots. The most commonly used are P1, P2, P3 and Blu Emu.

P2 and P3 are cheaper. These are especially interesting for a longer stay by car than 15 days. Then you will pay approximately 15 AUD at P3 and that slowly increases to 11 AUD with 4 weeks of parking. P2 will be just a few AUD more expensive.

Blu Emu parking has a fixed price of 15 AUD. This is attractive when parking for two weeks or less. For longer parking at Sydney Airport, we recommend P2 or P3. From Blu Emu there is a free shuttle bus that has Sydney arrivals all day long.