Melbourne Airport is the second largest airport in Australia after Sydney and handles 37,3 million passengers a year (2019) before the pandemic. In 2020 there where about 9 million passengers and in 2021 the Melbourne departures are still not the amount what it was in 2019. The Aussies also call it Tullamarine Airport, because of the area where the airport is located. The main airlines at the airport are Rex, Virgin, Jetstar and Qantas. They offer most flights mainly to Sydney and other major but also small airports in Australia. To achieve this, there are 4 terminals, 1 of which is for international transport. There are two runways, 1 of which has a length of 3,650 meters to land and take off even the largest passenger and cargo aircraft.

There are many different buses close to terminal 4. You can use these bus connections to travel to the city center via the Westfield Shopping center or Broadmeadows train station. There are also Tullamarine airport departures with a SkyBus that has a direct connection to Melbourne. The City Express travels to Central Business District and there are Melbourne airport departures every 10 minutes from terminals 1, 3 and 4. Another option is to travel by taxi or Rideshare (Uber). The ride to the center takes 30 minutes. 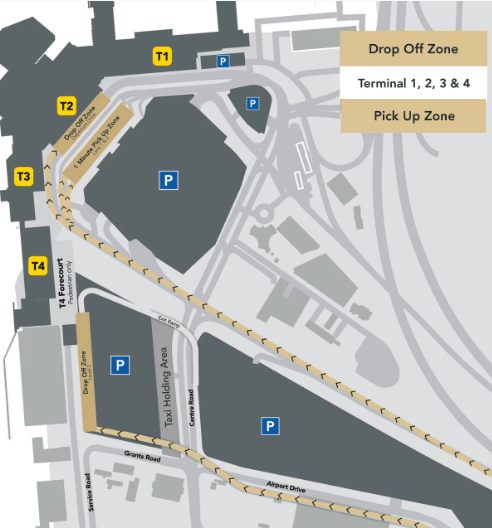 Terminals at the airport

Melbourne has four terminals that are connected to each other. Two terminals, T1 (Qantas) and T3 are intended for domestic flights. T2 is used for international flights and T4 is for low cost airlines who offer mostly domestic flights as well.

Terminal 1 is an important terminal for Qantas. You can check in for all domestic flights of Qantas on the First Floor. After check-in you go through the security screening to first arrive at the shops and restaurants. There is also a lounge. Check the boarding pass or digital departure boards to see at which gate you can board. 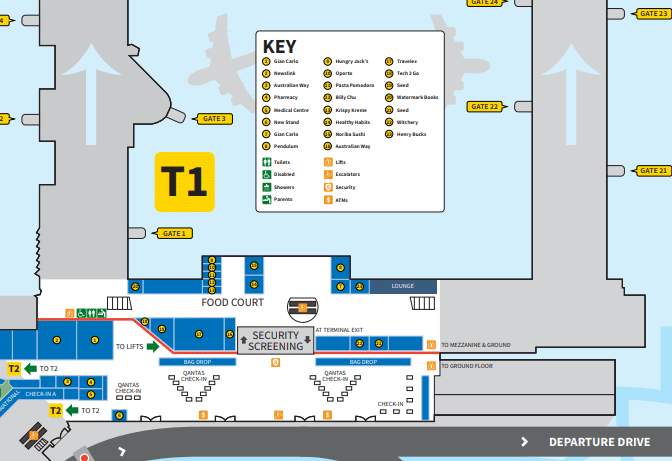 Terminal 2 is for international Melbourne airport departures. On the right is the check-in for Qantas. The other check-in counters are for other airlines but also Qantas. You walk through the security screening to the departures hall where you can shop duty-free, eat and drink, and other services are available for boarding. In total there are 20 gates with jet bridges.

Terminal 3 is on the left side of the building. Here, mainly domestic departures are carried out by Virgin Australia. 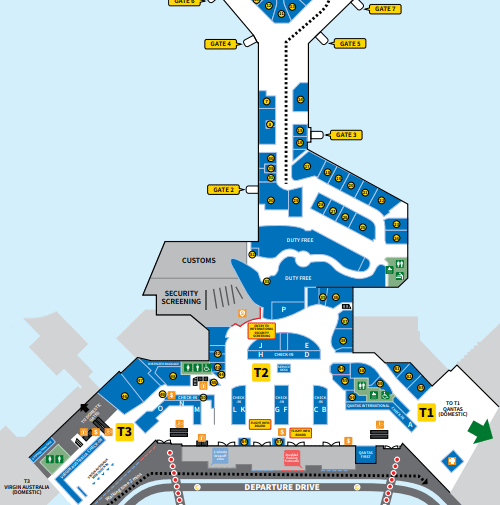 The terminal’s check-in counters are located on the Ground Floor. The airlines Jetstar, Tiger, and Rex, among others, have permanent check-in counters here. Via the escalator you go to Level 1 for the security and Melbourne departures area. Here the gates are divided into two concourses.

The airport has been experiencing significant passenger growth since the 1980’s. Since that time, there have been 5 million passengers a year using the airport. With a few small dips, it has grown to 37 million passengers in 2019. This required a total of 234,789 Melbourne flight departures. These flights were mainly operated by Jetstar, Qantas and Virgin Australia. 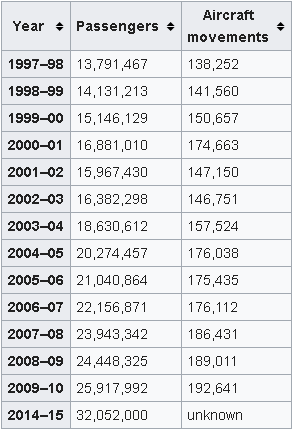 Most Melbourne airport flight departures are domestic to:

The biggest drop in passenger numbers in 2020 and 2021 is mainly due to the Melbourne airport international departures. Australia is strict so that few tourists and business people are allowed. There are still a few flights to airports that serve as hubs such as: