Cairns International Airport (IATA abbreviation: CNS), is Australia’s 7th busiest airport, but with more than 5 million users in 2019 and only 1,7 million in 2020. 90% of those passengers where domestic Cairns flight departures. It is a small and well-arranged airport. Cairns airport is located in the north east of Australia by the sea. It is 4-5 miles north of the city. You can get there via Western Arterial Road 91 and Captain Cook Highway 1.

There are Cairns departures by bus to the city center as well as to several beaches to the north. There are Cairns international airport departures from terminals 1 and 2 that depart every 30-60 minutes during the day. You can also travel to Port Douglas on a charter bus. Other than the bus, you can travel by taxi, Ride-shares or rental car. Taxis are available at the airport. You can also get dropped off at the airport with Ride-share / Uber. This option is cheaper than the taxi and offers a comparable service. If you have rented a car from, for example, Avis, Hertz, Thrifty or Budget, keep in mind that you return it well in time for Cairns airport flight departures so that you do not arrive late for your flight. 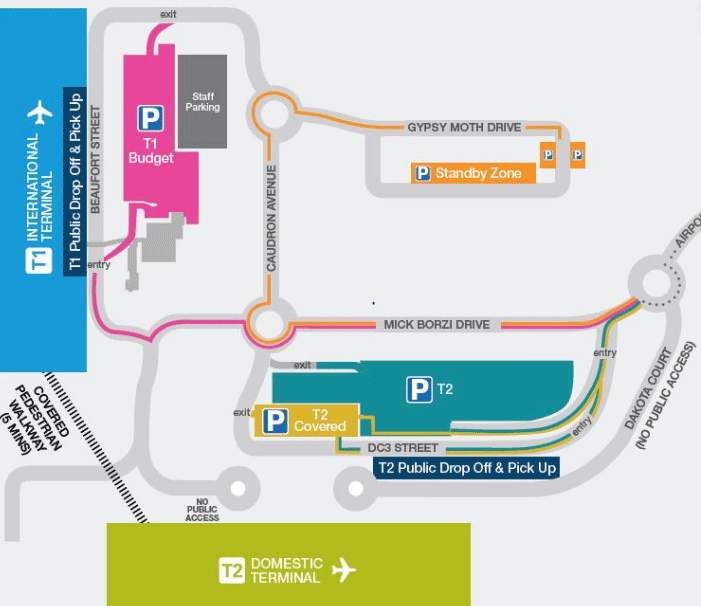 There is only 1 runway available for the Cairns airport departures today, but that is more than enough to accommodate the regular 5 million passengers. The runway is 3,150 meters (10,350 feet). There are nice views when you sit by the window with CNS flight departures. There are two terminals of which Terminal 1 is used for international flights. Terminal 2 is used for all domestic flights. Underneath the airport terminal 2 map. When arriving you to the right side of the building for baggage claim. When getting out of the terminal there is a pick up location. For Cairns flight departures there is a drop off in front of the left side of the terminal. This is for cars and buses. You can also park you car at the public car park. When returning at the airport with your hired car you can drop it off easily and walk to the terminal. Inside the terminal you have to go to check-in first before you go through security to Cairns airport departures lounge. 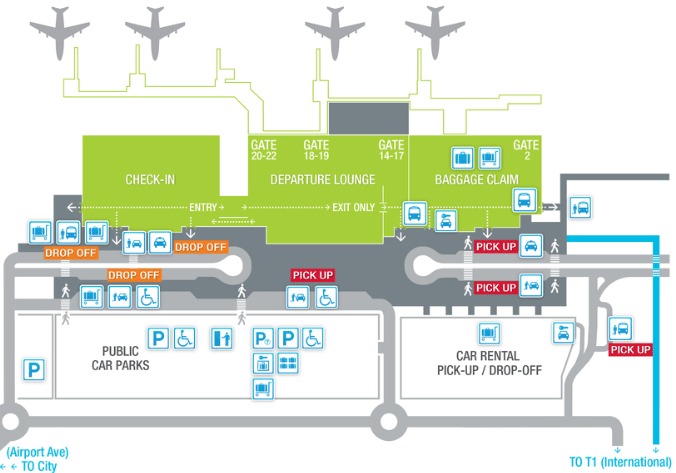 Airlines and routes at Cairns Airport

Cairns Airport doesn’t have big numbers in international departures. The airport is mainly used for domestic Cairns departures. The most important destinations are on the east coast with Brisbane and Sydney followed by Melbourne and Townsville which is also located in Queensland like Brisbane. Other options:

Because of the pandemic the number declined and in 2020 there were 1 587 351 passengers with domestic flights. The biggest drop was in April and May and in the end of 2020 the numbers climbed up again. Airlines that operate domestically are:

International Cairns airport flight departures aren’t really back up as they were. Most of those routes are going from Cairns to:

If you want to travel internationally you have to fly via Melbourne or Sydney.